“Mutts” and Everything You Want To Know About Them

By Parkgate November 28, 2019 Health
No Comments

December 2nd is National Mutt Day! Celebrate about finding out more about them. 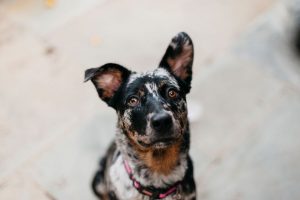 a wide range of personalities and physical characteristics, and ultimately, their temperament depends on the mixture of breeds they possess. They all look and act differently.

If the mutt is a simple mixed-breed dog comprised of only a small amount of breeds, you’ll have a better idea of what their personality and physicality will be like as they get older. Contrarily, if you have a complex mixed-breed dog, meaning the dog is made up of numerous breeds (such as those whose parents were also mutts), then this is much more difficult to predict (enter the mystery egg analogy here).

Just as personality and appearance, a mutt’s health also varies widely. However, as a whole they are regarded as more robust and healthier than purebreds because they’re not as prone to genetically inherited health issues.

Also, while many purebreds are bred responsibly, that isn’t always the case. Puppy mills and unregulated backyard breeding are serious issues, and they’re something that mutts usually avoid as a whole.

Reasons To Adopt a Mutt!

Looking for more information? Want to book an appointment? Give us a call at 604-929-1863 or visit us at Parkgate Animal Hospital in the Deep Cove/Seymour area of North Vancouver.